In 2011 an economist by the name of Mariana Mazzucato, a graduate of the New School in New York, published a brief monograph for the British think tank Demos. The title of her work, later turned into a book, shortly became a catchword well beyond Britain’s shores: the “entrepreneurial state,” making wonderful innovations such as the Anglo-French Concorde airplane that private interests—and eventually private consumers—had rejected.

The gist of her argument is a routine statist belief: contrary to what “neo-liberal” economists, and your daily experience, tell you, the role of the market economy is grossly overvalued, insofar as fostering innovation is concerned. Many stupendous innovations, which radically changed our lives, were merely “marketed” by private entrepreneurs. They were in fact, Mazzucato claimed, caused by government interventions, sometimes enacted decades before. Profit-seeking businesses, free riding on the government’s entrepreneurship, grabbed the revenues. Shame on them. And hurrah for the courageous government. Think, she said, of the iPhone, GPS, the Internet. Are not all of them the result of the far-sightedness of the US government, especially the US military? Surely.

Mazzucato’s work received glowing reviews from left and right, and she has flourished as a consultant. Good for her. Yet there is a problem: all she has actually done is to supply a flattering narrative for politicians. She has not supplied any real economic logic or evidence. Economists pride themselves as counsellors to the prince. But usually, as in Mazzucato’s case (and from the opposite political side Trump’s trade advisor Peter Navarro), they are mostly spin doctors. They supply a narrative to justify the natural instincts of the politicians.

As relentlessly as the private entrepreneur pursues items that customers want to buy, of course, the politician pursues coercive power over the same customers. The more he can coerce society at large, and the greater the number of people who are dependent on him, the happier he is. Professor Mazzucato claims that she belongs to an avant-garde of courageous scholars fighting against the“neoliberal consensus.” But her approach is the usual statist belief that has in fact dominated economics since John Maynard Keynes. No coraggio there, merely an evidence-light reassertion of the old conviction that economists should run the world.

AIER and the Adam Smith Institute, which do not believe so, have published a short monograph of ours on the cascading fallacies of Professor Mazzucato’s work. None of her errors is new.

In particular, her central account of how innovations came to life is bizarrely erroneous. GPS, for example, was assuredly a military technology at the outset. It was conceived to serve of course a military purpose—to locate forces on the battlefield. But subsequently the technology required massive and entirely private adaptions to yield up our smartphones. The alleged “directionality” of government investment is rarely appropriate to private prosperity, and when it is claimed to be—Navarro’s direction of increasing US jobs, for example—it is regularly erroneous. Yes, as Mazzucato notes as though it were decisive evidence, the National Science Foundation gave a little fellowship to a young PhD, who eventually invented touch screen technology in its current form. But it was his creativity in a free society, not coerced directions from the government, of subsidies out of taxes, that yielded the innovation. To think otherwise is to think that anything you like in the supply chain that has a governmental label is The Cause—the roadway outside Google’s office, say. Her statist argument, which is anyway filled with straightforward factual errors, confuses mildly helpful conditions. such as the NSF fellowship or the roadway to Google, with powerfully sufficient ones, such as a free society in which innovation can flourish.

Hers is the fallacy in the business metaphor of a “supply chain.” In the metaphor, all links are necessary: no link in the chain can have an alternative. One link breaks and all is lost. It is the theory behind strategic bombing: for a French rail junction in June of 1944, it was supposed, no alternatives was possible; bomb it and Germans cannot resupply. Mazzucato, surprisingly for an economist, seems not to believe in alternatives. Perhaps it comes from her Marxian training at the New School, with its belief in fixed “structures” of production. The belief amounts to a supply chain. But even if she had been trained at MIT she might have come to the same fallacious conclusion. The neoclassical idea of the production function speaks of a fixed book of recipes, and not of the creativity that made the book in the first place.

The actual pre-events of course are just what they are. Adam Smith used the idea in his famous example of the hundreds of workers employed to make a coat, to contradict the anti-market fantasy of self-sufficiency. But suppose one believes, as Mazzucato does, that every item anywhere in the supply chain is necessary, and no alternatives can arise from human creativity. It then becomes easy to conclude that the “entrepreneurship” of the government is necessary, because modern governments are ubiquitous. One looks down the supply chain of any innovation for any instance of governmental action, without considering private alternatives, and one concludes triumphantly that the government causes everything. The road outside Google’s office in Mountain View was built by the city. And so, in Mazzucato’s logic, the city caused the search engine.

Why do we think her errors matter?

In a 1974 interview with Reason magazine, Milton Friedman noted that, “It’s fortunate that the capitalist society is more productive, because if it were not it would never be tolerated. The bias against it is so great that, as it is, it’s got to have a five-to-one advantage in order to survive.” (We would say more like thirty-to-one, the gain since the 18th century from the coming of liberalism.) It is why Mazzucato’s argument is so persuasive to so many. People in a primitive way distrust the price system, and distrust the impersonality of exchange among strangers. Better a sweet family of, say, 330 million people guided by a visible hand of government as a pater familias, advised in its coercions by Professor Mazzucato. If you can persuade people that the market economy does not innovate—no five or thirty to one—they will be happy to renounce it, as people have frequently since socialism was first imagined. Statist ideology always seems, especially to young people, more exciting and family-like than liberal ideology. Let’s get organized. Let’s vote for a man on a white horse.

The renouncing of the market is a disaster, of course, as is evident in the repeated failures of socialism and regulation and state “entrepreneurship” in Mazzucato’s father’s Italy, in her adopted USA, and in statist paradises such as Cuba or Venezuela, not to speak of Mao’s and now Xi’s China or Stalin’s and now Orbán’s eastern Europe. Even the Scandinavian model beloved of Western statists is essentially capitalist. It tried on more comprehensive statism during the 1970s, but had to retreat from it in the 1990s. Mazzucato describes herself as a fighter in a “discursive battle.” Indeed. But if she wins the “battle” in people’s minds about how innovation and markets work, we will retreat from the Great Enrichment, 1800 to the present, and the bettering of the wretched of the earth. 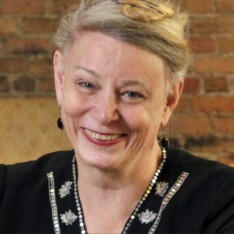