This year has mainly been one to forget. But in the spirit of celebrating the positive, we should remember 2020 as the 75th anniversary of the publication of F.A. Hayek’s most important paper: “The Use of Knowledge in Society.”

Friedrich A. Hayek may be best known for his The Road to Serfdom, in which he argued that free speech and democracy will be fragile in an economy where the government owns the printing presses. Many also study and admire his contributions to macroeconomics and philosophy. But a great many economists, including some who disagree with much else in his work, offer highest praise for his paper “The Use of Knowledge in Society,” which was published in 1945, and for which, in part, he won the Nobel Prize in economics. In more recent years, Jimmy Wales cited the paper as important in the creation of Wikipedia.

Hayek argues that the price system in a market economy provides information that individual producers combine with local knowledge in order to decide what to produce and how to produce it. The local knowledge can take many forms. For instance, it can be geographic: where is the best spring water to make the most delicious beer? Or it can be technological: what is currently the best medium for storing large quantities of songs on a small portable device?

Hayek’s paper has important implications, especially for whether economic decisions should be made by central planners or arise from the spontaneous order of the free market. In my own classes, I say that the main problem with central planning is not that central planners are corrupt, stupid, or lazy, although they sometimes are each of those. No, the main problem with central planning is that a great many dispersed individuals have local knowledge that cannot be collected and processed even by the most noble, intelligent, and hard-working planner.

At the start of the Covid-19 pandemic Dr. Li Wenliang, the hero of Wuhan, had local knowledge of the severity and contagiousness of the virus. His local knowledge did not fit Beijing’s central plan, and so they suppressed it.

In a couple of front-page exposés (6/28/20, 7/6/20), the New York Times documented how the central planning World Health Organization (WHO) ignored the local knowledge of the doctors fighting Covid-19 in clinics and hospitals, and as a result presented guidance as highly certain that at best was only highly debatable.

Those who believe the WHO’s guidance continue to use temperature checks as a way to protect against the transmission of the virus. But if symptomless transmission is common, then an infrared temperature gun is more of a talisman than a prophylactic.

The WHO also downplayed aerosol transmission until early July, waiting until after 239 international scientists sent them an open letter reviewing the evidence. The WHO’s earlier guidance suggested that Covid-19 was only transmitted through larger droplets that would travel no more than six feet, and would only stay airborne for a short time after they were exhaled. Aerosols can travel much more than six feet and stay in the air much longer.

New York central planner Andrew Cuomo in March 2020 claimed that his state had a desperate need for 30,000 ventilators and chided the federal government for not centrally planning to supply ventilators at a national level.

As these examples illustrate, progress against Covid-19 requires respecting the message of Hayek’s paper, by heeding the local knowledge of doctors fighting Covid-19 in their clinics and hospitals.

I already respected Hayek’s paper by the time I arrived at the University of Chicago as a graduate student in 1974. Unfortunately for me, Hayek had left the university many years earlier to live in Germany and Austria (he said that if he had more money, he would prefer to live in London). But a few years later I was delighted when a friend of mine, Manuel J. Cartea, arranged for Hayek to return to Chicago to give a couple of lectures. Hayek invited me and Cartea to have dinner with him and his wife, and the next day I drove him from his accommodations in Hyde Park to a press conference in downtown Chicago.

One of the most stressful experiences of my life occurred during that drive, when Hayek became annoyed with me, thinking that I was headed in the wrong direction, away from downtown. He was very certain and I was very uncertain—partly because I never was known for my sense of direction, but mainly because this was Friedrich August von Hayek, Nobel Prize winner, and world-renowned theorist of markets and liberty.

My memory is that I was sweating and shaking a little, and came very close to turning the car in the direction Hayek wanted. But I had traveled from Hyde Park to downtown frequently and recently, and believed that I knew the way. Fortunately I was right, I had local knowledge. In this way, on this single particular occasion, I knew more than Hayek.

In a free market economy, you do not need to be a Nobel Prize winner or a great theorist to matter in the world. Hayek saw that even the humblest among us can acquire local knowledge to help him get to where he wants to go. 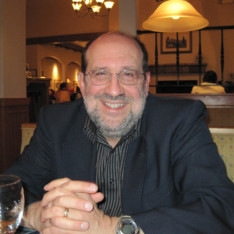