The United States federal government spends $38 billion every year subsidizing the meat and dairy industries. Research from 2015 shows this subsidization reduces the price of Big Macs from $13 to $5 and the price of a pound of hamburger meat from $30 to the $5 we see today. Subsidies, however, only reduce the price of meat, not its total cost. Subsidies shift part of the costs of meat production to non-meat consumers. In free markets for private goods, consumers should bear the costs of production. With subsidized meat, those who neither consume meat nor benefit from its production pay much of its cost of production. Nor do even the resulting higher subsidy expenditures account for the entire costs of meat subsidization.

In recent years, multiple organizations, from the Environmental Defense Fund to the Sierra Club have demanded expansive policies to address environmental concerns, from climate change to ocean pollution. Few focus on the extent to which subsidizing industrialized agriculture contributes to the struggle to maintain the world’s resources and environment for future generations to enjoy. The World Resources Institute shows that agricultural land use produces 13 percent of man-made greenhouse gas emissions. Other studies find that agriculture alone produces 15 percent of all emissions, half of which result from the production of livestock. University of Oxford scientists evaluated British diets and found that meat-rich diets (more than 100g of meat per day) resulted in 7.2kg of CO2 emissions, vegetarian and pescatarian diets about 3.8kg of CO2 per day, and vegan diets only 2.9kg per day. Much of this difference comes from heavy reliance on cattle production.

Tracking the environmental costs of meat production beyond just the initial resource and energy use, costs climb even higher. Consider, for example, the negative effect that meat subsidies have on the preservation of the Amazon rainforest. While a number of reasons exist to value the rainforest, one can easily support preserving its diversity of plant and animal life. One study estimated the Amazon to contain 10,000 endangered species. Brazilian meat subsidies, however, incentivize the destruction of this precious resource. From 2008 to 2017, the Brazilian government invested $22.2 billion in the beef industry. In two extraordinary years, 2015 and 2016, tax revenue from the meat sector fell short of the government benefits it received. While problematic on their own, such economic incentives encourage cattle producers to burn additional rainforest, mostly illegally, to make additional room for cattle ranching, destroying endangered species’ habitat in the process. Habitat destruction results, in part, from distorted price signals up and down the meat supply chain, highlighting an incentive problem rather than a moral deficit on the part of farmers pursuing a livelihood.

Meat subsidies impose further costs on the communities where meat production and processing occur. John Locke noted in his Second Treatise of Government that people have a right to better themselves and to prevent others from violating their physical health without consent. Of course, having that right does not mean people always exercise it, or that they never participate in activities compromising their own health. Studies highlight such tradeoffs between income and health with evidence that industrial farmers more frequently suffer respiratory illnesses like staph infections and chronic bronchitis than those not working in agriculture.

Substantial meat production costs live on as negative externalities, harming the broader general welfare in communities where meat gets produced, harvested, and processed. The Government Accountability Office reported on 15 studies linking animal waste from industrial livestock farms to health problems for the surrounding communities, ranging from increased risk of diarrhea to respiratory problems, depression, miscarriages, and high blood pressure, among others. A North Carolina Department of Health and Human Services study found that students in middle schools up to three miles away from hog farms had higher rates of asthma that they attributed in part to nearby meat processing facilities, while at the same time acknowledging the possibility of other confounding factors associated with low-income communities.

The effects of cattle and hog production differ at the margins, but the costs to surrounding communities occur regardless, and weigh heavily on their welfare. Less subsidization reflecting truer, higher, production costs, while scoring few points with producers, may lead to reduced consumption and thus to reduced environmental and health costs for surrounding communities.

High industry concentration defines today’s meat market. Four companies (Tyson, JBS, Perdue, and Sanderson), control over half of the chicken processing market, another four (Smithfield, JBS, Tyson, and Hormel) control 70 percent of the pork processing market, and four companies (JBS, Tyson, Cargill, and National Beef), control almost 75 percent of the beef processing market. Put in historical perspective, in 1977 the four largest beef packers had 25 percent of the market share of the industry, while today they have 85 percent. Such monopolization does not necessarily define a terrible outcome if it results from economically competitive markets. Monopolization driven by political competition rather than economic competition, though, produces detrimental societal effects when it cloaks the true cost of simply eating a hamburger.

Major meat producers have effectively co-opted the leadership of the National Cattlemen’s Beef Association and the National Pork Producers Council, obtaining regulations and subsidies that further incentivize the consolidation of meat production. Regulatory compliance with federal standards on feedlot construction costs large, national corporations with an army of technicians and lawyers less per pound than a small cattle rancher trying to sell locally. Since 1987, such regulations have contributed to a 44 percent reduction in the number of farms between 200 to 999 acres, and a doubling of farms with more than 2,000 acres. From 1980 to 2010, the number of beef cattle operations dropped 42 percent, swine livestock operations dropped 91 percent, and dairy operations dropped 81 percent, illustrating a stark consolidation in these markets.

Government subsidies and regulations have created a vicious cycle. Agricultural subsidies flow to meat producers and the inputs of meat production. Powerful meat producers use their profits to support lobbying organizations that develop regulations to protect them from the competition. These regulations lead to increased profits, which allow big meat manufacturers to hire more lobbyists, and so on.

Subsidies’ dollar value, unfortunately, do not cover their full cost. Meat production costs reach the environment, the neighborhood, and the market. Policymakers then try to implement regulations to mitigate such costs, failing to recognize their previous policies as a primary source of these costs. While not perfect, free markets remove policy distortions and better signal the true costs of meat production.

When buying that next Big Mac treat it more like $13. No, scratch that, double it. 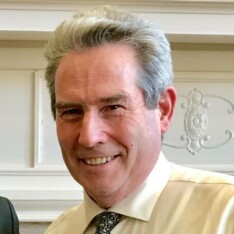 Warren Barge is a student at Truman State University in Kirksville, MO, where he is majoring in Economics and Political Science and minoring in Mathematics and Statistics. Warren also participates in Truman’s Student Government and is a member of the Pershing Society. In his free time, Warren loves to read, especially about history and public choice economics. Warren will be a research intern with AIER during the summer of 2022.

Get notified of new articles from Warren Barge and AIER.
SUBSCRIBE