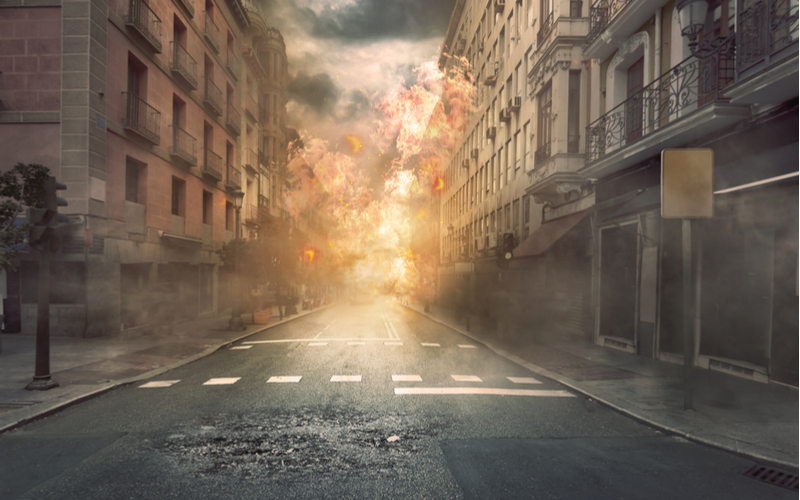 Silly season is in full bloom for prominent politicians from New England. Two weeks ago, Sen. Elizabeth Warren (D–MA) proposed new legislation that would radically restructure corporate law and governance in the United States — and, in the process, effectively nationalize trillions of dollars’ worth of capital assets. A few days later, Sen. Bernie Sanders (I–VT) announced his plan (as described by The Daily Beast) to “create a 100–percent tax on large employers equal to the amount of federal benefits that the employers’ low–wage workers receive.”

Consider first Sen. Warren’s proposal. Its core feature is to impose on corporate decision-makers fiduciary duties to promote not only the interests of shareholders (that is, of owners) but also those of so-called stakeholders (that is, of non-owners deemed by government officials to have the same rights as owners to control corporations).

Obviously, to the extent that corporate decision-makers’ fiduciary duties are expanded to include stakeholders, their duties to shareholders necessarily shrink. In other words, under Sen. Warren’s plan, a great deal of the property owners have in corporations would be seized and transferred to non-owners.

It would be as if you built a house with your own hands and resources and then were informed by the sheriff that you are not entitled alone to decide how your house is used. “From now on,” the sheriff tells you, “several of your fellow townsfolk also have a say in how your house is used.” Clearly, the sheriff’s actions would in practice seize a large chunk of your property even if the formal title to the house remains exclusively in your name.

Equally clear is that the sheriff’s actions would cause the size and the quality of the town’s housing stock to plummet. The moment the sheriff announced his plan to give to non-owning “stakeholders” a say in how each house is used, no one would put in the time, effort, and resources necessary to build new houses or to improve or even to repair existing ones.

For identical reasons, if Sen. Warren’s legislation were ever enacted, the value of America’s corporate stock would immediately plunge. No one would invest their own money to create or to maintain factories, machines, and other productive real assets if control of these assets must be shared with “stakeholders” — that is, with those who invest none of their own money to create these assets.

Don’t take just my word for it. Here’s an email Nobel-laureate economist (and my former George Mason University colleague) Vernon Smith sent to me when he learned of Sen. Warren’s proposal:

And why would anyone work to replace the wealth destroyed [by Warren’s proposal] if any that they create is simply going to be taken away?… Welcome to the world of Venezuela and North Korea, whose leadership follows the same pathway.

The thought/belief process behind these schemes is one in which the wealthy are wealthy because they have taken it from others and made these others poorer — the Marxian fallacy. They cannot explain why income grows across generations, even at the lowest end.

Vernon is correct. Only someone who supposes that wealth exists independently of human actions and institutions could possibly find merit in a scheme such as Sen. Warren’s, for only if wealth existed independently of human actions and institutions would seizing wealth from some people to share it with others have no effect on the amount of wealth there is to seize and to share.

But as Vernon indicates, the impoverishment today of Venezuelans and North Koreans, and the enrichment over time of even the poorest people in market-oriented countries, proves that wealth does not exist independently of human actions and institutions. And we know from long experience that humans act to create wealth only if, when, and where the law and other institutions protect for each wealth creator his or her rights to the wealth he or she creates. Sen. Warren’s proposal, by plundering rather than protecting property, would overnight destroy trillions of dollars of wealth, including the goods and services today enjoyed by poor and middle-income Americans.

Sen. Sanders’ proposal, while not as far-reaching and destructive as Sen. Warren’s, is no less economically ill-advised. Most obviously, Sen. Sanders’ legislation would penalize companies for doing precisely that which Sen. Sanders wants companies to do more of — namely, give economic opportunities to low-skilled workers.

Let’s be clear about exactly what Sen. Sanders wants to tax: he wants to tax the employment of workers whose skills are so low that they don’t earn enough income to get them off of the government dole. Companies that employ only workers whose skills are sufficiently high to enable these workers to earn enough income to avoid the dole would completely escape Sen. Sanders’ tax.

But this assumption about wages — to put it nicely — is crazy. Workers’ wage demands are not determined by how much money they must get from employers to maintain some minimum standard of living. Therefore, workers don’t lower their wage demands by the amount of any outside income they have. Instead, workers demand wages that reflect the value of what they produce for employers. And competition among employers obliges firms to pay such wages.

Sen. Sanders understands nothing of the economics of wage determination. He does not understand that if his theory of wages were valid, then Tom Brady, whose supermodel wife earns millions of dollars annually, would be paid no more than the minimum wage for his work as an N.F.L. quarterback. But, of course, Brady is annually paid millions of dollars.

The Why of Wages

Indeed, if Sen. Sanders’ theory of wages were valid he would find it impossible to explain why any worker in any industry is paid more than the minimum wage. After all, because each and every American with an income below the government-established threshold is eligible for government welfare payments, why,  if Sen. Sanders is correct, does any company pay any worker more than the minimum wage?

But almost all workers in America are paid more than the minimum wage. The fact that Sen. Sanders is untroubled by the gargantuan disconnect between his assumptions about wage determination and the reality of wages in America is as mysterious as it is disturbing.

Overstating how misinformed, unrealistic, and just plain wacky are the economics that underlie these proposals of Sens. Warren and Sanders is impossible. Also impossible to overstate is the amount of damage that enactment of these proposals would inflict on the American economy.